The International Flower Bulb Tournament has been initiated by two members of the Hillegomse Tennisclub, Nico Tromp and Wim van Eeden, and was organized for the first time in 2002. Due to tremendous efforts of Nico and Wim and with the helping hands of many enthousiastic volunteers, this tournament has been developed into a very succesful tennisevent, which is unique for Hillegom and the region Duin en Bollenstreek.

Sadly Nico Tromp, one of the founders of the tournament, died in 2005. His name is now connected with the Nico Tromp Trophy, a trophy for the player who showed the best sportmanship. It was awarded for the first time in 2006 to Lesley Kerkhove, a 15-year-old Dutch girl. 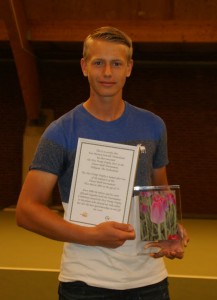